Wayne Nolan and his Honda CB750 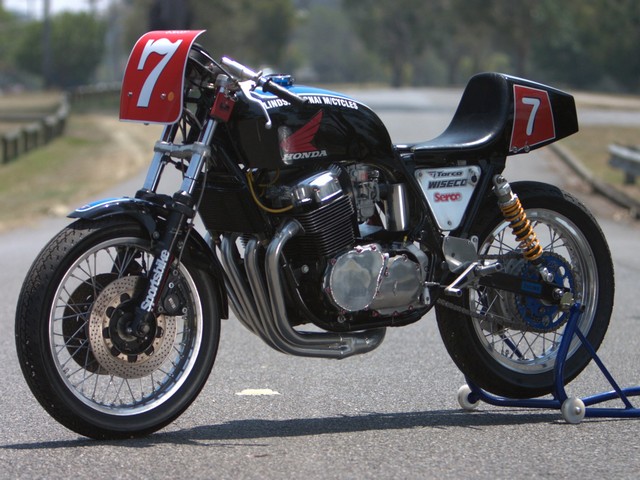 I'm a big fan of classic racing and why not? Real machines ridden by riders who don't rely on anything other than skill and bravado to get them round the track appeals to me more than mega-buck factory machines that you'd need an engineering degree even to start. No electronics, no telemetry and usually not much in the way of sponsorship either. We're talking late 60's through to the early 80's  bikes - which is basically anything air-cooled with a steel cradle frame. In Australia these brackets of racing are called the Post Classic and the Forgotten Era. 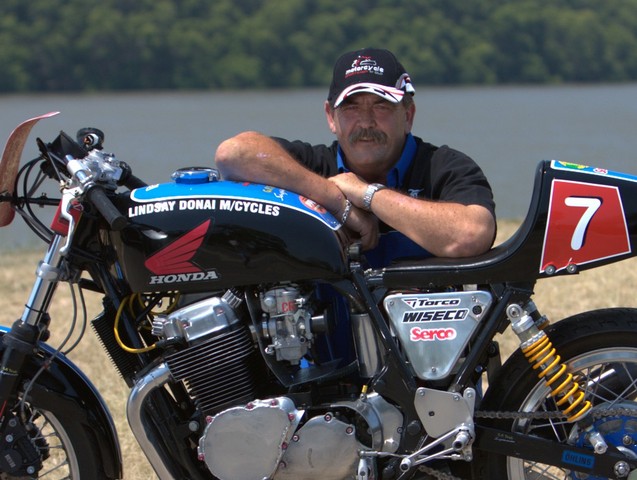 Wayne Nolan (above) runs 'Team Hasbeens', a team that races in both these classes with a 940cc Honda CB750 in Post Classic and an 1160cc Suzuki GSX1100 in Forgotten Era. The teams' rider is Leo Cash (below), a seasoned veteran of sidecar and dirt track action and  a nationally titled road racer. 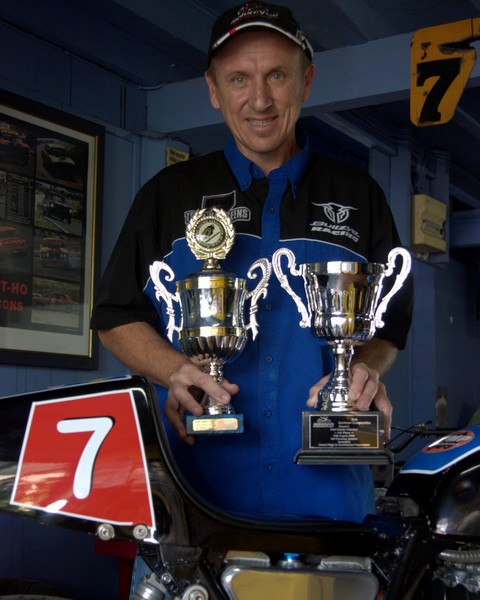 Leo's consumate skill as a rider is borne out in his riding school and race coaching. It helps no doubt that his machinery is well looked after and built for the job. As the old adage goes, there's no substitute for cubic inches and the heart of the machine is a bored and stroked  to 940cc. It's fed by a bank of smootbore carbs and exits through a ceraminc coated 4-into-1 exhaust sytsem. The extra cubes produce considerable heat and you'll no doubt notice the heat shield protecting the carbies and the large oil cooler in front of the motor. The custom made aluminium oil tank looks larger than stock too and I suspect an uprated oil pump too. 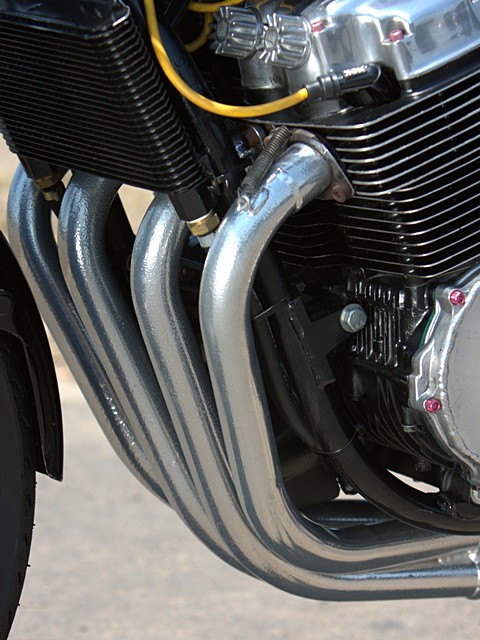 Getting those pistons in there would've required new liners and some machining of the cases. I suspect some head work gone into the motor as well (in for a penny and all that). You'd have to imagine larger valves and some port work on a race bike of this calibre, especially one that breathes an extra 200cc or so? Custom ground cams would be a good bet too. But the engine work isn't extreme and it's not tuned to the point of unreliability, the bike runs pump unleaded and has to be reliable enough to last at least a season. 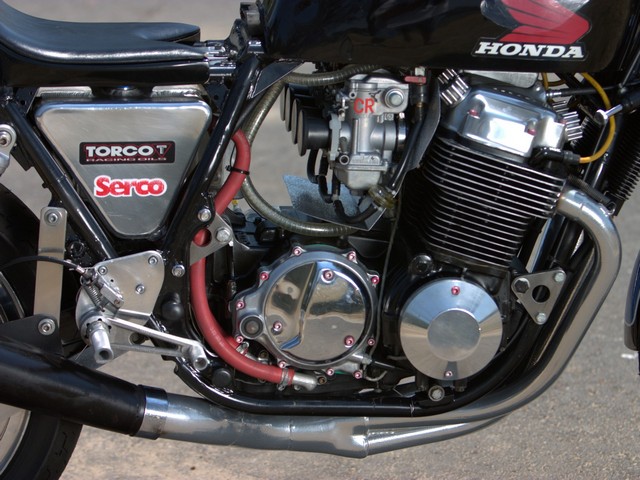 I don't recal how many times I've seen the bike race, but the most memorable was the Barry Sheene Memorial at Eastern Creek Raceway where Leo battled valiantly against the 1300cc Irving Vincnent. Excellent racing if a little unmatched! The Honda is a lesson in function before form and its good looks derive from its racetrack cred. Every part is there because it works on the track and there's nothing superfluous. Looks cool, huh? 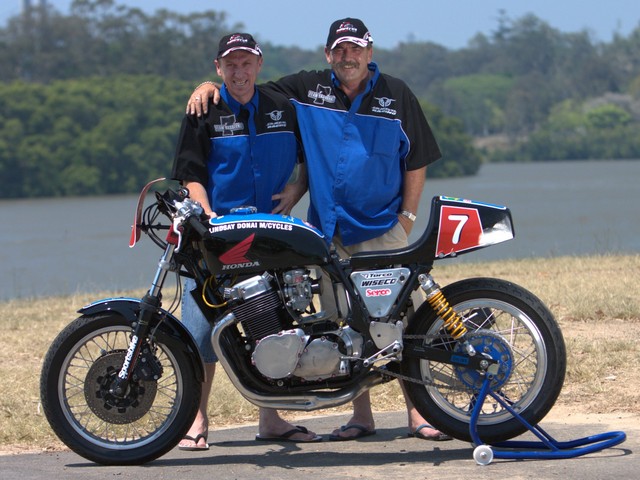 Posted by SHOTZ Photography at 14:16